Güterslow – start into the saison

the bus – a luxurious experience

Thanks to the expert organizational skills of TriTeam Hamburg leader, Hauke Heller, all athletes and conspirators were rounded up and transported south on Saturday. Considering the mean height of the team is 190cm, a 4.5 hour in a van with 7 people is not the ideal taper but if one has to travel, there are worse ways than doing so in a Benz van. Along the route, Tri Team Hamburg supported local enterprises with the exchange of money for bathroom privileges and pretzels.

Upon arrival in Glutersloh, what can best be described as a Tri Team Hamburg welcoming committee had set up a carnival and fair. Unfortunately, we did not anticipate such a welcoming and had to opt for the obligatory pre-race course
reconnaissance. Some locals offered support of our decision while others voiced distaste in our choice to run while there were much beer and currywurst to be consumed. (https://www.youtube.com/watch?v=WGNEacVXRQg) 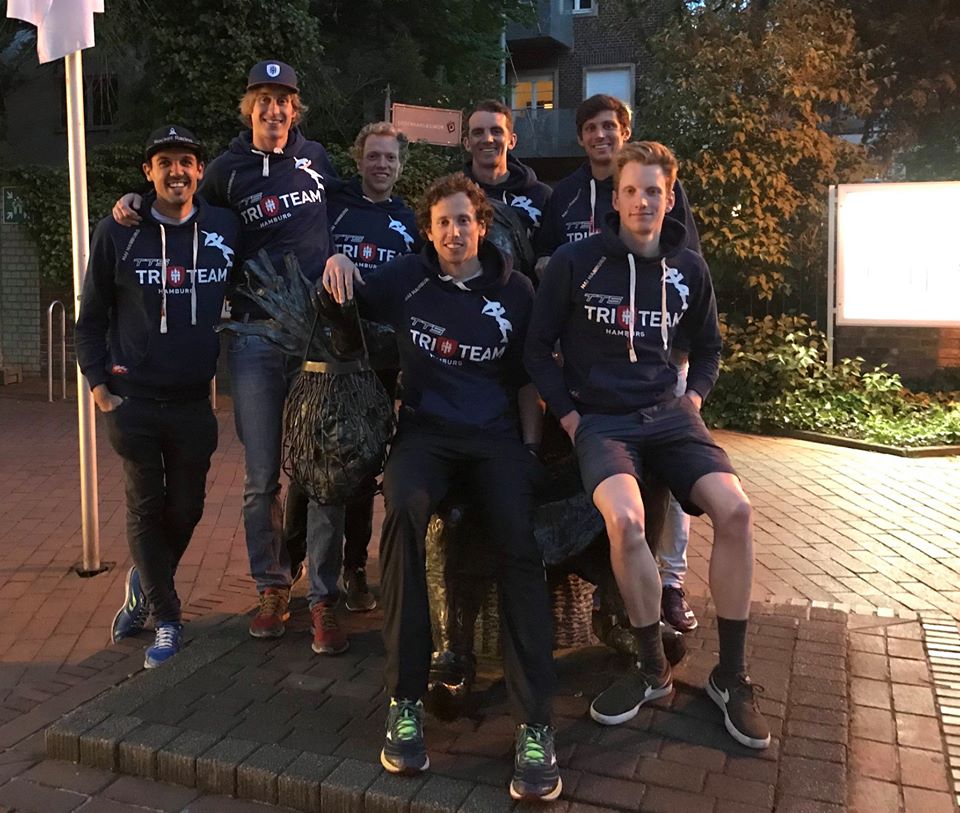 The swim left little chance of getting lost or missing a turn buoy as it was held in a 50m pool. The bike was slightly more challenging as it had several turns, including a 180 turn within each of the 2 laps. The run course offered the most diversity, resembling an xc mountain biking course with constant turns and short sharp hill.
After identifying where TTH would launch its strategic assaults we capped off the day with several large pizzas(each) at Die Kleine Bar E2 and for those on strict diets of elite athletes, a quick trip to Maccas for McFlurries was required to ensure all daily macros were satisfied. 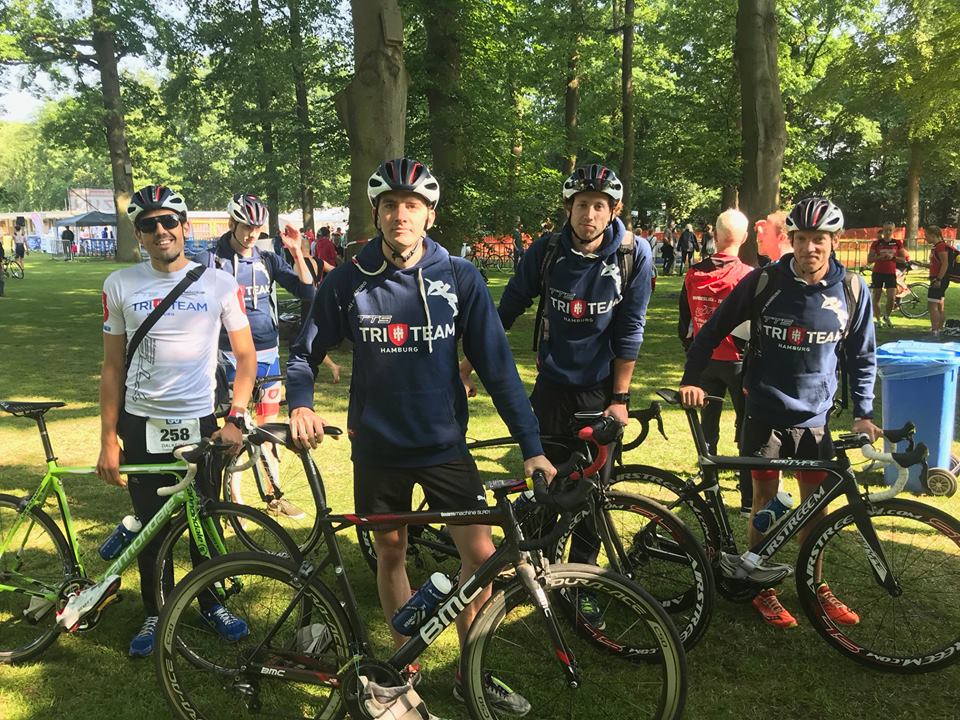 The laid back vibe of the race was unexpected and aside from the queue at the bathroom, everyone’s nerves seemed to be under control considering it was the first race of the season. With 40 minutes until race start the team checked in their bikes did a light run, swan and undressed just before marching into the crowded lane like lemmings on a mission. 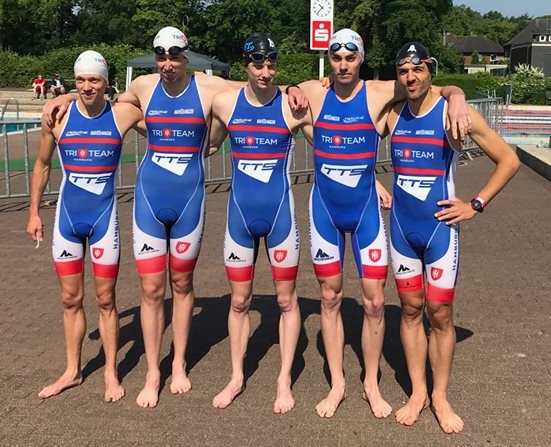 With heavy traffic and unexpected lane merges, the start was a little chaotic but our fearless leader Michael Schütt lead out a strong opening 100 and it was up to the rest of us to match. Unfortunately, midway through the swim, an unexpected current got the better of us. As this was a team format, we could only advance to the cycling portion when all team members traversed through T1. Onto the bike, we found a better rhythm and things seemed to be going well until a mechanical took out  Lennart Oranienburg and we were soon overtaken by a group of school children. Now to be fair, these children had 10 speeds and I’m convinced I heard a motor but that’s neither here nor there. Despite a second helping of humble pie, our spirits remained up and plans were put in place to unleash a fury of run talent unseen in Germany since Jesse Owens. With the roaring sounds of Tri Team Hamburg fans providing the soundtrack out of T2, the team set off at a blistering pace, quickly overtaking teams and a few drunks stumbling out of bars. To be fair, one of the drunks was wearing the new Nike Zoom Vaporflys. 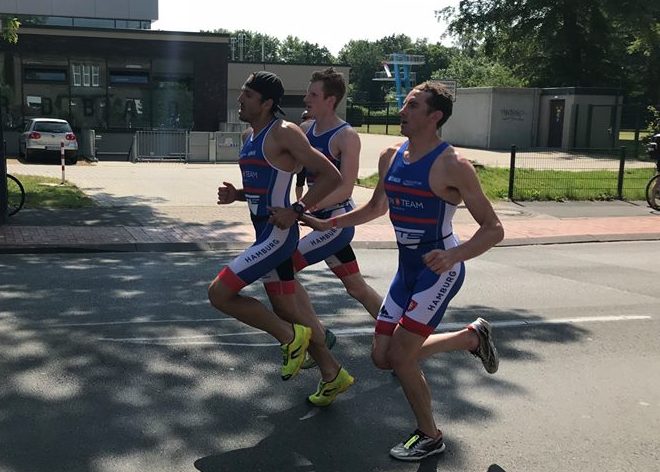 Man of the Day! – Golo pulling Dan and Max through the final 5k.

While many are deserving, the hero of the day award belongs to Golo for pulling Max and me through the entire 5k. As seen in the photo, the best Max and I could hope for was to grab onto Golo’s uniform and hang on for dear life. The team eventually finished and were greeted by the benevolent Hauke, Nora Schutt and Alex Huber who offered condolences then took us to McDonald’s. Some weekends its champagne on the podium, other weekends it’s an undermixed milkshake in a parking lot. 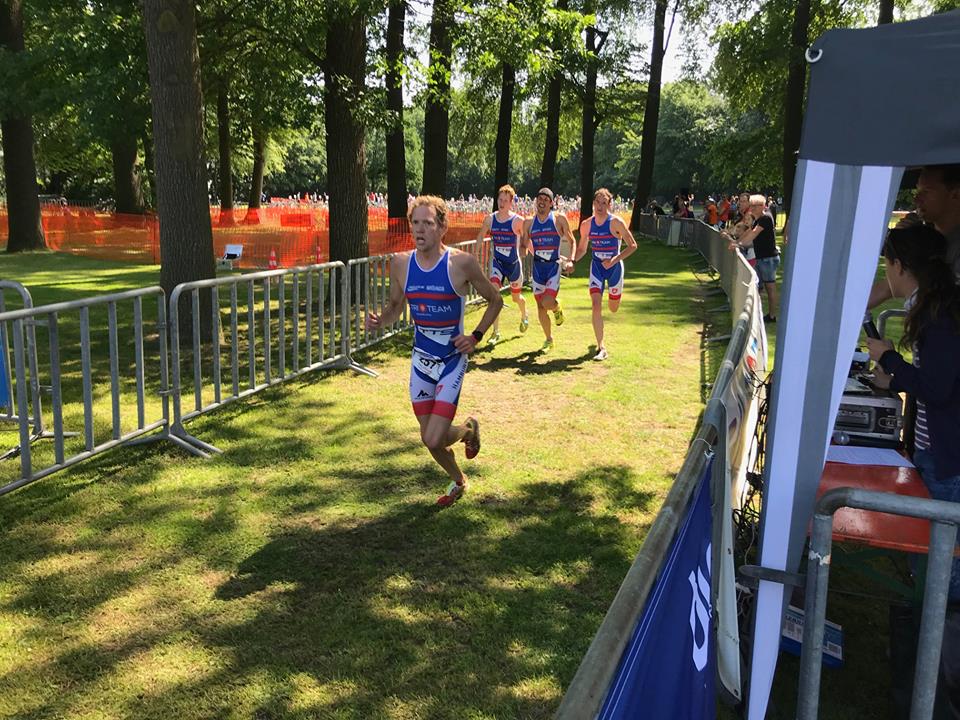 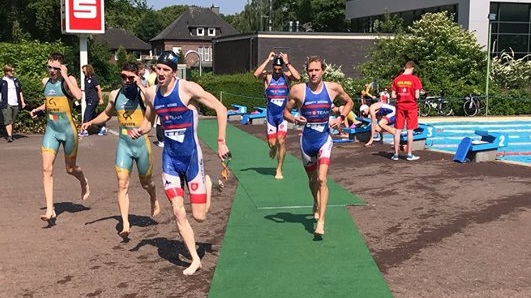 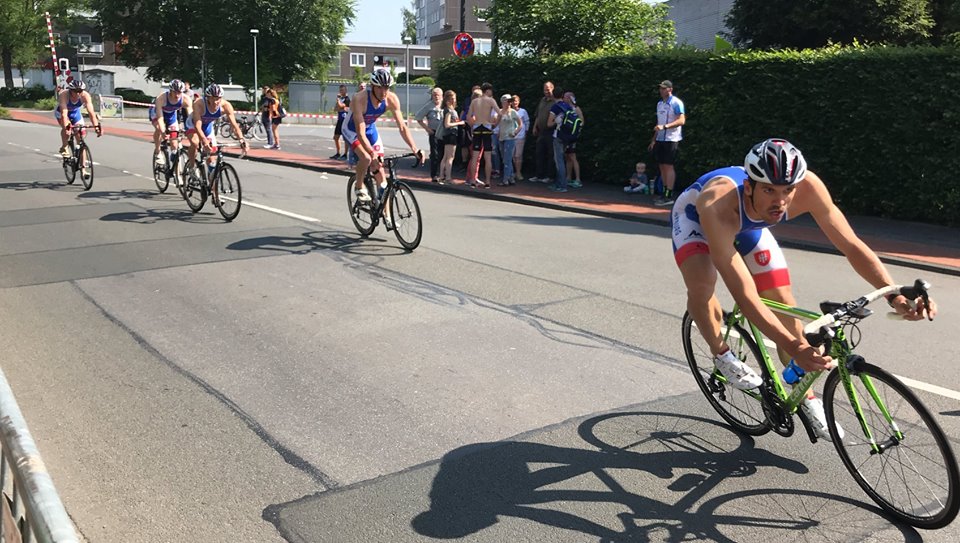 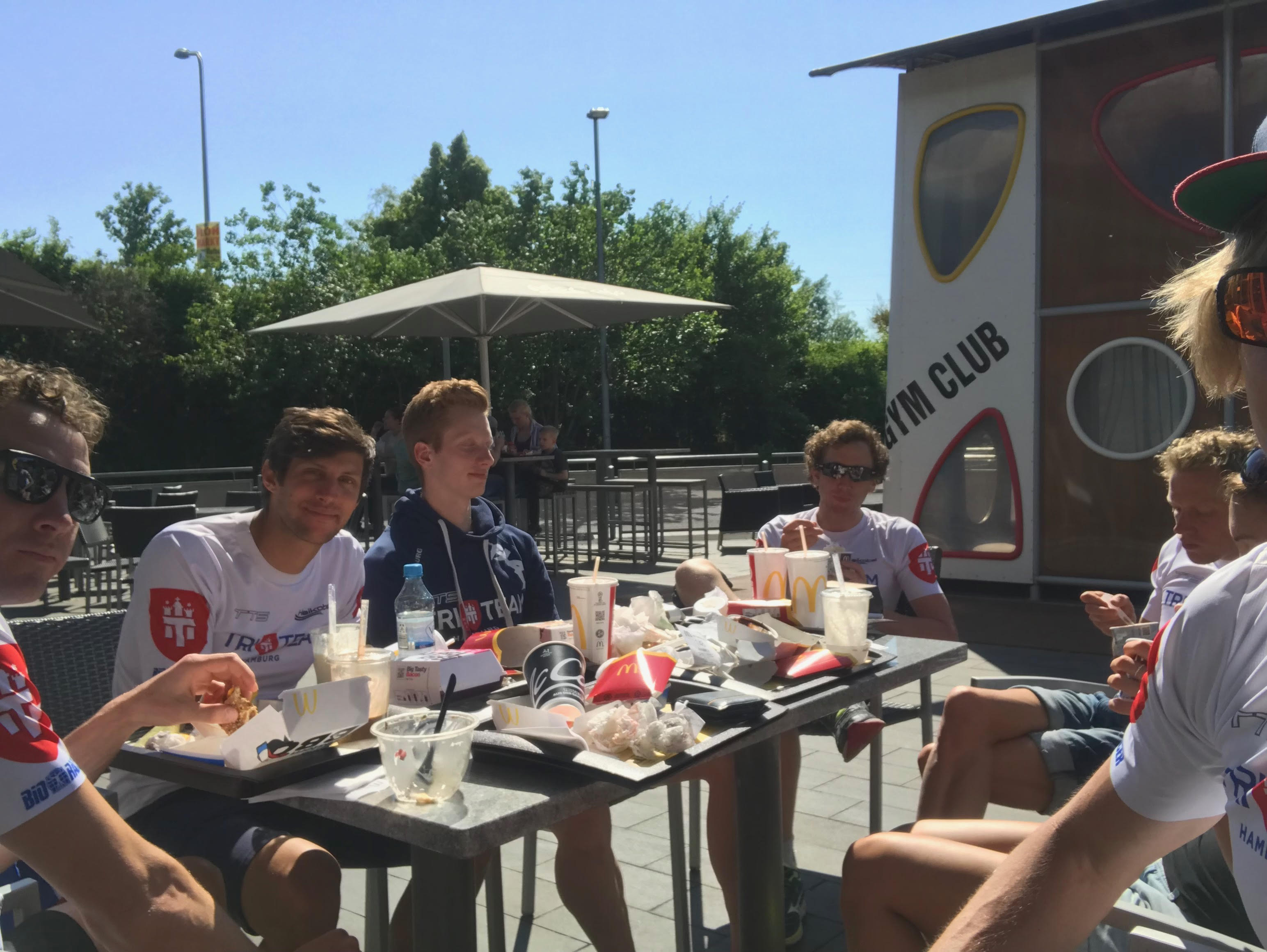